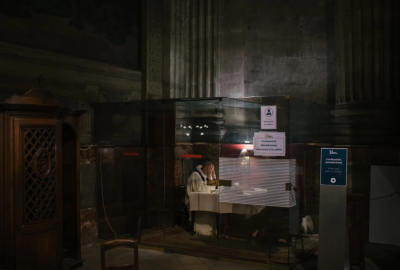 In rare instances, it noted, the secrecy around the sacrament had been used to cover up abuse cases, again raising issues of whether church or state law should prevail.

PARIS — The absolute secrecy of confession is central to the Roman Catholic faith. What is said in confession is between a penitent and God, the priest a mediator. Any priest who breaks that seal can face excommunication under church laws that the Vatican places above all others.

But what happens when what is confessed is a violation of the laws of the state ?

It is an issue that has vexed attempts to address the sexual abuse cases that have roiled the church in any number of countries, but one that has emerged as especially charged in France, where the state long ago stripped the Catholic Church of its pre-eminence.

A devastating church-ordered report issued in October by an independent commission on sexual abuse inside the French Catholic Church found that the sacrament of confession itself, in rare instances, had been used to cover up abuse cases.

Some victims wishing to report past abuses or expose active abusive priests were told to speak about it during confession, effectively suppressing their revelations and turning the sacrament into a “weapon of silence,” said Laëtitia Atlani-Duault, a member of the Independent Commission on Sexual Abuse in the Church, which wrote the report.