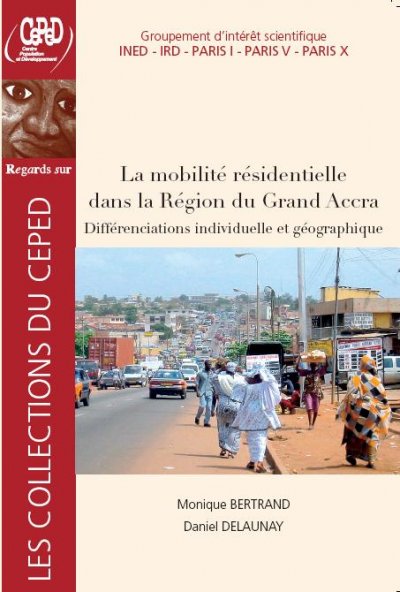 Since the management of towns undergoing structural adjustment has taken on a more social dimension, the community ideal has made headway in the “Projects” financed by the World Bank for the benefit of the South. Neighbourhood upgrading programmes in particular call upon inhabitants to participate in local development; community consultation and decentralization are supposed to contribute to a more effective recovery of the costs of market services, which must also justify the “good governance” of towns.

The Greater Accra Region thus addresses the issue of the residential anchoring of its nearly three million inhabitants. Households’ unequal access to land, housing and employment markets raises questions as to the composition of the “local” urban elements highlighted. The diffusion of renting on the one hand, and a complex combination of flows into and out of the city on the other, redistribute townspeople in an ever-growing built-up area and recompose territorial attachments according to the criteria of cost and accessibility. The study therefore aims to measure mobility on both metropolitan and infra-urban scales.

The empirical analysis makes use of the biographical module of the longitudinal survey entitled “Housing Practices and Residential Mobility in Greater Accra Region, 2000-200I” (IRD and University of Ghana, Legon). Although it is not representative of the general demographical dynamic and does not allow a statistical inference between local and regional levels, the collection of data draws on seven significant zones with regard to population and urban space. By means of a reasoned selection of households clustered in neighbouring blocks, it gives a precise reconstitution of the stays of a now adult population within the limits of Greater Accra. The quantitative analysis first measures the duration of these periods of residence and models their variation according to the characteristics of the individuals surveyed, of their households and of the housing they occupy at present: like many cities, the capital of Ghana shows a significant increase in the residential mobility of its inhabitants. The study then considers each survey zone more monographically for the contextual particularities they offer, not only concerning the intensity but also the determining factors in the process of mobility. Geographical differences then reveal their prime importance at this level of detailed investigation, close to the inhabitants’ preoccupations with housing and territorial attachment, but not usually found in demographic models. However it is beyond a certain threshold of mobility, that is to say not in all the neighbourhoods, that individuals are significantly differentiated in such local contexts.

The cross-analysis of the variables and effects of place therefore provides a relevant supplement to the observation in situ of a complex reality. It especially accounts for the highly contrasted levels of residential mobility from one neighbourhood to another and even between the “indigenous neighbourhoods” of the sample, even though they are equally called upon in terms of mobilization against poverty. Three hypotheses are examined: that of the distance from the centre and the age of the settlements under consideration in the metropolitan area; that of the economic gradient which increases the likelihood of moving, from the poorest population, suffering from a deficit in mobility, to the middle classes in the sample; and finally that of the effect of periurbanization. Certain situations of stability indeed come close to being veritable residential captures and do not provide the best guarantee of financial participation or of community mobilization, all required by politicians or financial sponsors for a better management of the city at a “local” level.

Monique BERTRAND is a lecturer in geography at the University of Caen. Her research activities focus on the social and territorial dynamics of French- and English-speaking West-African cities.

Daniel DELAUNAY, a demo-economist, is the Director of the Research Unit 013 « Mobilités et recompositions urbaines » at the IRD. His research concerns mobility and population, principally in Latin America