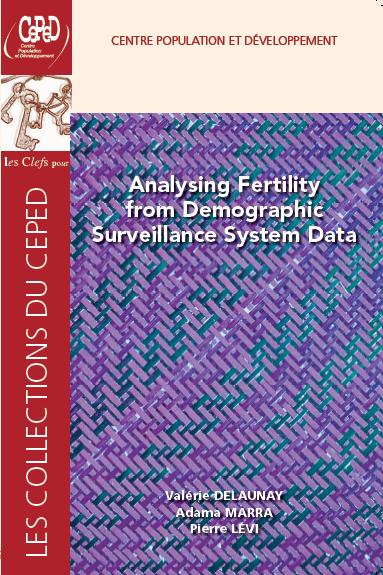 Demographic Surveillance Systems (DSS) for longitudinal monitoring of small-area populations by continuous recording of vital events have been set up in many developing countries. DSSs are based on a data gathering method comprising an initial census of the resident population, followed by multi-round surveys covering all inhabitants of the area. They thus provide a geographical and temporal observation window on a locally circumscribed population defined using certain rules of residence. Individuals’ life events during their period(s) of residence in the survey area are recorded on an individual basis (the minimum data being births, deaths and migration), but sometimes per household or per residential unit.

An international network of Demographic Surveillance Systems, called INDEPTH, has now been formed to exchange ideas on scientific issues and to facilitate comparative approaches.

The purpose of this handbook is to offer a standardised analysis of fertility that can be replicated more or less completely using data from the various existing DSSs. It is a methodological document, designed to contribute to better use of DSS data and to facilitate comparative analysis of different DSSs. It describes the particularities of this type of data and presents specific analytical procedures which can be extended to other demographic phenomena such as mortality, nuptiality, etc. The procedures described are then illustrated with an analysis of data from the Demographic Surveillance System in Niakhar, Senegal.

Adama MARRA is a computer engineer at the Institut de Recherche pour le Développement (IRD), and a member of the Niakhar DSS in Dakar. He is in charge of the demographic and epidemiological database.

Pierre LÉVI is a demographer at the Institut de Recherche pour le Développement (IRD) and a former member of the Niakhar DSS in Dakar. He was in charge of demographic data collection.